The beekeeping bug often bites hard and all you dream about and talk about is bees.

My starting point was in 1992 in Underberg, KZN, when I got my first hive at 16 years old. When I was 19, I had the unfortunate incident, my bees went wild, killed all my younger brother’s chickens. It only became apparent to me years later what happened and how it could have been avoided. In 1999, I moved to Johannesburg and started my apprenticeship with SAA Technical. Unfortunately, my hives in Underberg had subsequently been burnt in a fire.

In 2015, the beekeeping I started up again by leaving a capture box in the driveway. I placed the box in the morning and that afternoon a swarm of bees arrived, my passion for beekeeping was reignited. At heart, I am a teacher so when I was doing removals my clients would end up with a spare veil to help and some have even taken to beekeeping, some others have more hives than me now, but who is counting.  On more than one occasion the question was asked “I have the bees but now what?”  This question spurred me into developing the “Introduction to Urban Beekeeping” course which involves a full morning learning about bees and then exploring a hive. Only 2 people attended my first course – neither keep bees and both got stung that day – now the courses are held monthly. After the courses, tooling was needed, I would point people in the right direction but found that suppliers were far away. For me, having the right kit at the right price is critical. That’s when I investigated becoming a supplier. My aim as a supplier is to supply the hobby beekeeper within their budget. In October 2021 my journey of 22 years with SAA came to an end so started my adventure full time into bee keeping. 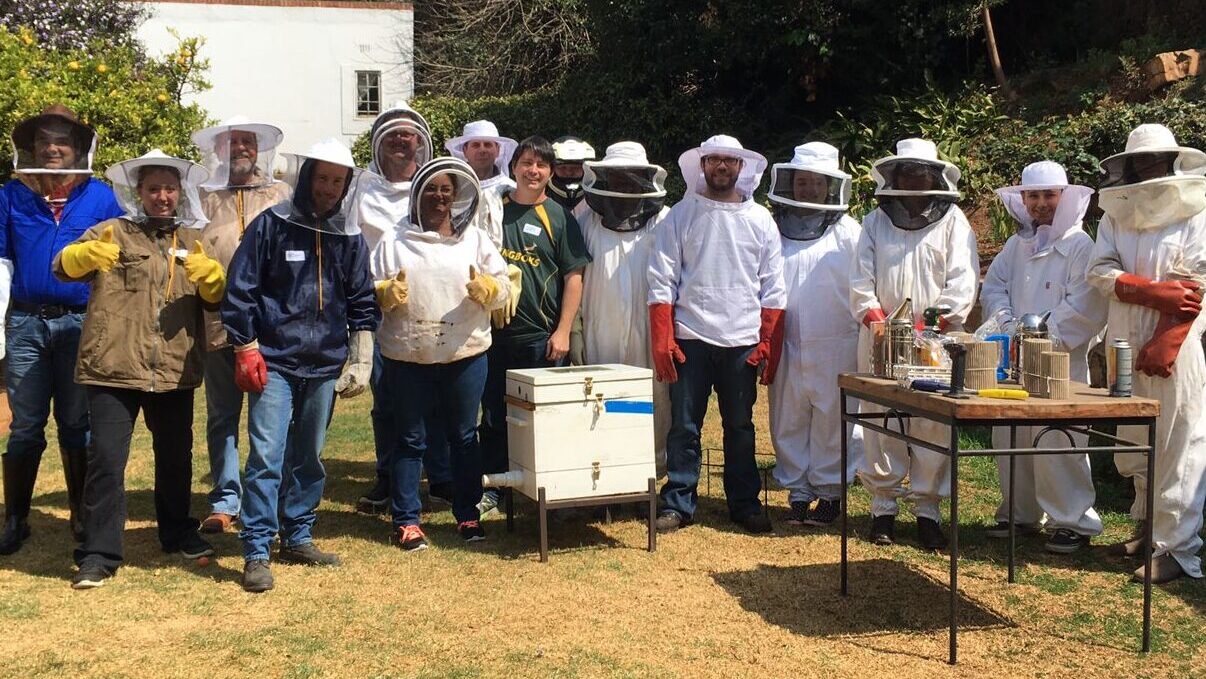